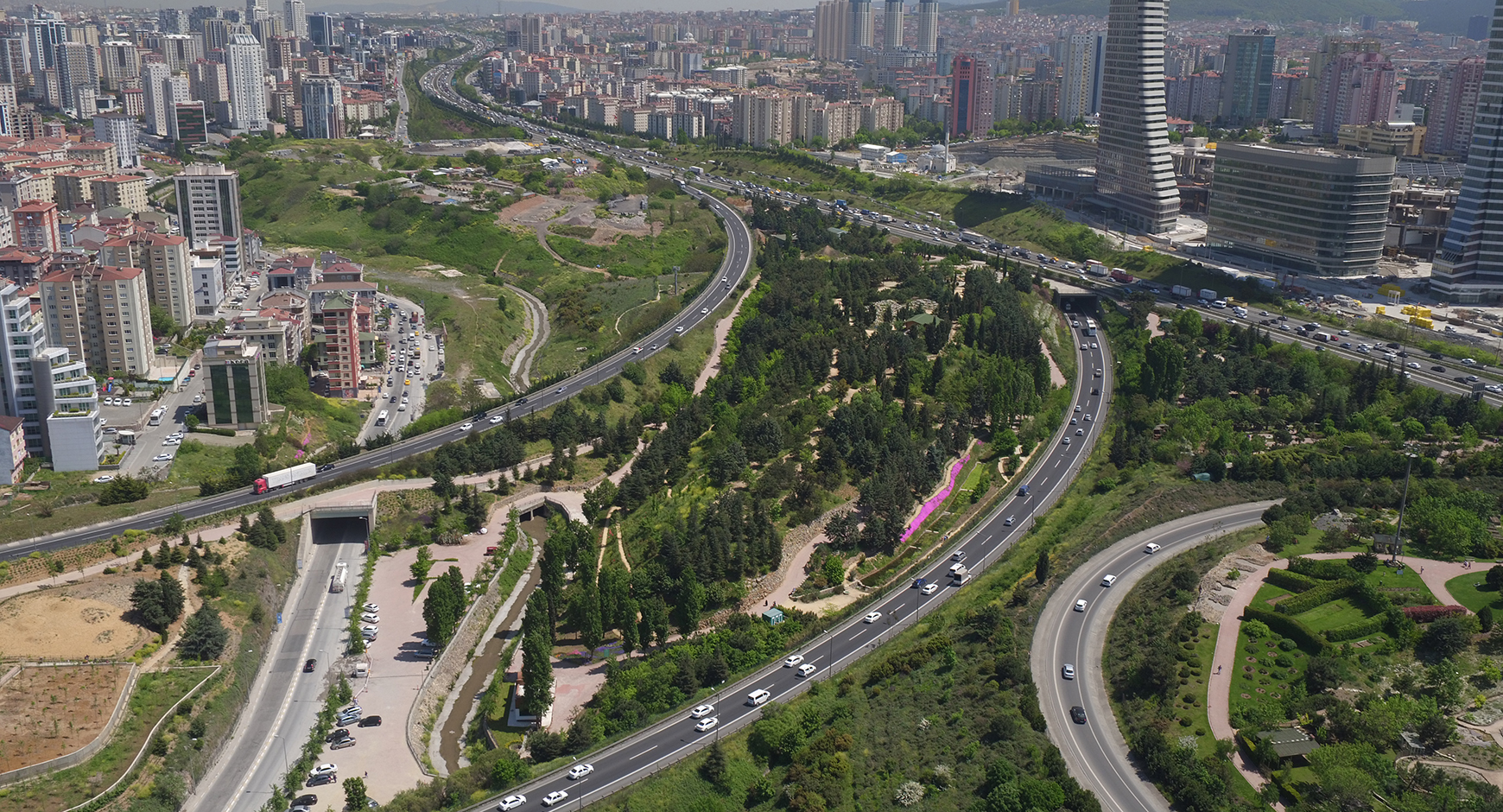 Anatolia Island, (so called because it very roughly represents the overall shape of Anatolia) opened in 2015 and is the largest of the NGBB islands. It has three main sections, a central Anatolian plateau, north facing Black Sea region and south facing Mediterranean area. The planting is reflected in these three different climatic zones. As you enter this Island via Recreation Island, there is an attractive central circle with pergola and seating. On the right of the circle is a miniature representation of volcanic mountain, Mount Hasan which in Central Anatolia rises to 3268m.

In front of the twin hills is a tulip shaped area planted with native Turkish species which aims to provide year round interest. Also in this central anatolian area of the Island is a lecture room and opposite, a large rock garden planted with many species found growing in Central Anatolia. Nearby is a small pond and marshy area for aquatic and moisture loving species. When NGBB first started, Anatolian Island was planted with many saplings which have now grown into trees creating a forested area especially on the northern slopes. In this area many species which prefer shady conditions have been planted under the trees. The southern slopes are planted with species typically found in hotter dry Mediterranean regions.

Glimpses of the Island