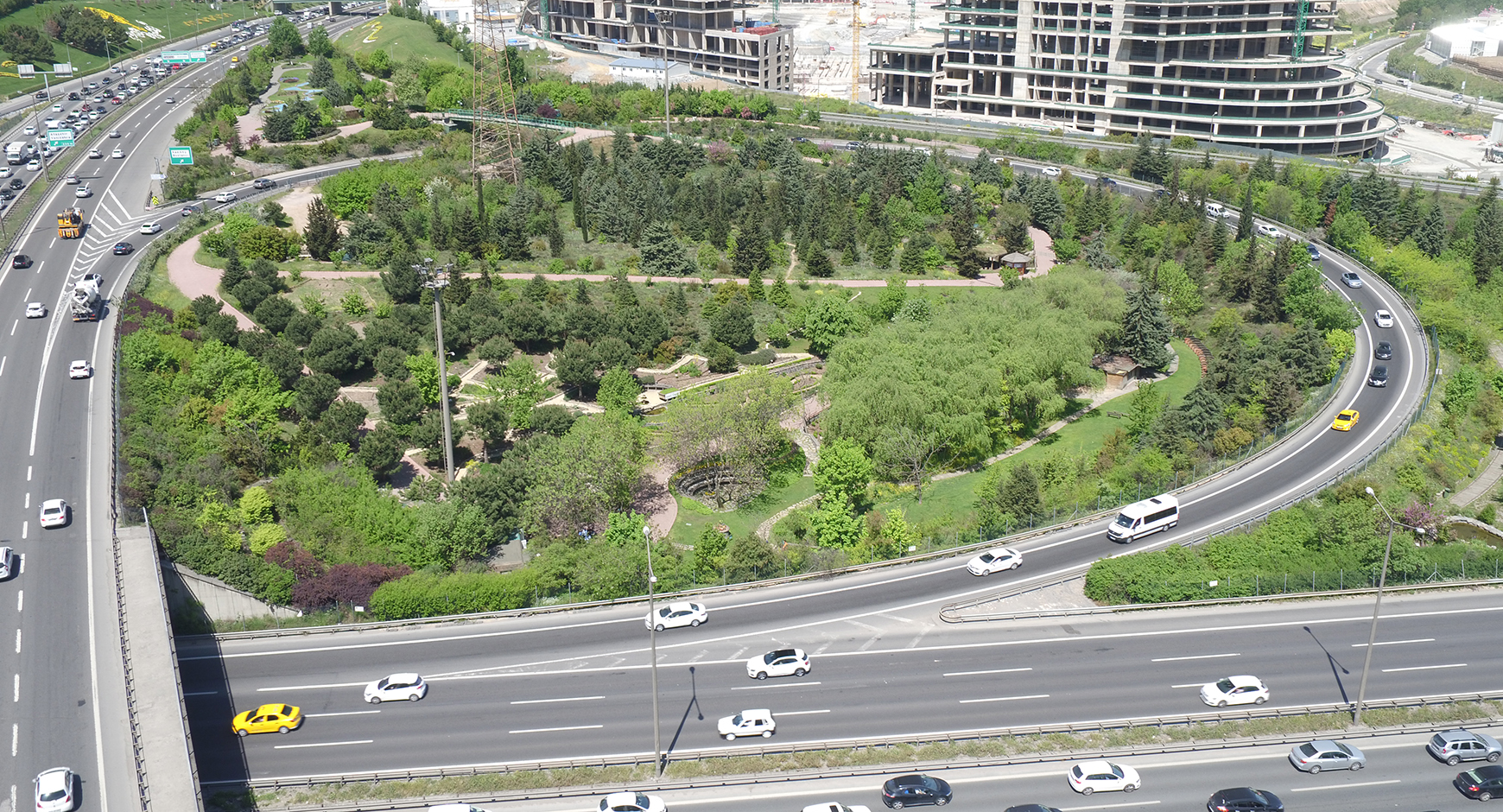 The tunnel connecting Central Island and Ertuğrul Island also serves as an educational gallery. Panels explaining the world of plants line one wall translated from the English book 'The Plants'.

Ertuğrul Island is named after the Ottoman frigate ship Ertuğrul, which sank in a storm shortly after sailing from Japan in 1890. The Ertuğrul Memorial, bears a picture of the frigate Ertuğrul and the names of all those who died in the disaster, and the few who were rescued. In 2005, Sakura cherry saplings (Cerasus 'yoko'), donated by the Japanese Sakura Foundation were planted in this area of the Garden in memory of the 527 sailors who lost their lives.

Visitors flock to the Garden in early spring to enjoy the cherry blossom and a special ceremony is held annually in the amphitheatre near the memorial to mark the event. Ertuğrul Island is connected to Istanbul Island by a bridge.

NGBB’s seed bank was started to facilitate cleaning and storing seeds both from the Garden and from wild habitats. They are stored in this specially air-conditioned facility ensuring that the seeds remain viable until they are sown.

Information about the importance of bees is shown on this exhibit. The crucial role bees provide not only as imortant plant pollinators as well as producing delicious honey is explained. The Garden has a number of bee hives on Central Island. Next to the exhibit is a small open air classroom.

Turkey’s very rich biological diversity includes many medicinal and aromatic plants also others used as dyes and for many economic purposes. Research, conservation, propagation and raising public awareness of these is of great importance. In recent times the use of synthetic dyes has largely replaced traditional vegetable dyes, which are quickly being forgotten. At the same time the plants from which these dyes were obtained are disappearing.

This ancient olive tree was transported to the Garden from an olive grove in Gemlik, where it was going to be cut down to make way for a new building. It consists of two trees whose trunks have twisted around one another and become fused together. One of the trees is thought to be more than five centuries old and is still fruiting.

Since ancient times edible wild plants have been an important food source for human beings. Just as human beings domesticated wild animals in the process of transition from hunter-gathering to farming, so they began to cultivate wild plants on land near their settlements. The inability of food sources to feed the world’s growing population combined with worries about health problems created by processed foodstuffs man that the importance of wild plants is increasing.

Starting in 2008, field studies carried out by NGBB staff, from villages in the provinces of Kayseri and Hatay, many edible food plants were collected to cultivate in the Garden. In 2011, in cooperation with Tokat Rural Services Research Institute, other plants consumed as food in that region were added to the NGBB collection, which currently consists of species from 38 taxa.

The amphitheatre on Ertuğrul Island is named in memory of Torajiro Yamada, who organised the collection of aid in Japan for the families of Ottoman sailors who died in the Ertuğrul disaster. Torajiro Yamada (1892-1922) lived in Istanbul for many years and made significant contributions to friendly relations between the two countries.

Ertuğrul memorial has 527 cherries planted in memory of 527 sailors who lost their lives during their return voyage from Japan commanded by Abdul Hamid II of the Ottoman Empire.

In order to create conditions similar to those of the Eastern Black Sea region of Turkey, special acidic soil was used and shading, misting and humidification system installed. Principal species representing the diversity of the region that grow in this Garden include shade trees to provide suitable planting habitats for underplanting with acid loving shrubs such as azalea, rhododendron and camelia. Some herbaceous plants which like these conditions are also planted here.